﻿﻿TDTradition Sportfishing Charters﻿﻿ is a sportfishing charter company offering Private Six- Pack Charters aboard our 32ft. LUHRS - Judith Ann II.   We have a seasoned crew with over 100 years combined experience in the fishing industry and you will be sure to have a world-class fishing trip or whale watching excursion.  Meet our crew below.  ﻿

Captain Tom Durr, industry legend and 50 year experienced veteran, our owner and operator of TDTradition Sportfishing & Charters.  Tom brings his vast years of experiences of being an owner/operator of many fishing vessels to include: Sportfisher, Matt Walsh, Explorer II, Fury II, Jad, Big Daddy, Fish N Fool, Seasport, Maddie Rose, Judith Ann, and Tradition to name a few.  Running 1/2 day, 3/4 day, overnight trips from various landings to include: San Diego, Mission Bay, Oceanside, Newport Beach, Long Beach, Malibu and San Pedro California.  His experience as a captain is unmatched with experiences both inshore and offshore sportfishing from Morro Bay to Cabo San Lucas.  Tom was the personal Captain for the private yacht Reward, out of San Diego and the Lucky L, of Newport Beach, California.   Tom is a two time marlin tournament winner of the "Catalina Gold Cup!"   He is one of the founding members of the San Diego sportfishing fleet.   In addition to his expert skills as a fisherman. Tom also founded a very successful Harbor Cruise business~Fiesta Harbor Cruises, as well as, a commercial squid business in San Pedro, California.  He is the former owner of LA Harbor Sportfishing where he been operating his Harbor Cruises business from Berth 79, San Pedro, California since 1987.

Jacob Molla, Captain, known as the "Killing Machine Hook and Grind Specialist!!!,"  Jacob brings 19 years of fishing expertise and has been running boats since 2003.  Outside of captaining for Tom, Jacob is also the owner/operator of the squid boat "Bandit."   Jacobs love for fishing is evident by all that have been on his trips whether it's on a charter or open party boat.  You be sure to have a great day on the water with this killing machine.

Bradley Ball, Captain,  has been a relief captain for Tom on the Maddie Rose, as well as, other fishing vessels Tom has owned over the years.  They have been working together for 23 years.  Bradley was also a captain on the Lucky L with Tom.  Bradley has extensive knowledge and experience on the Southern/Mexican Waters.
Podcast 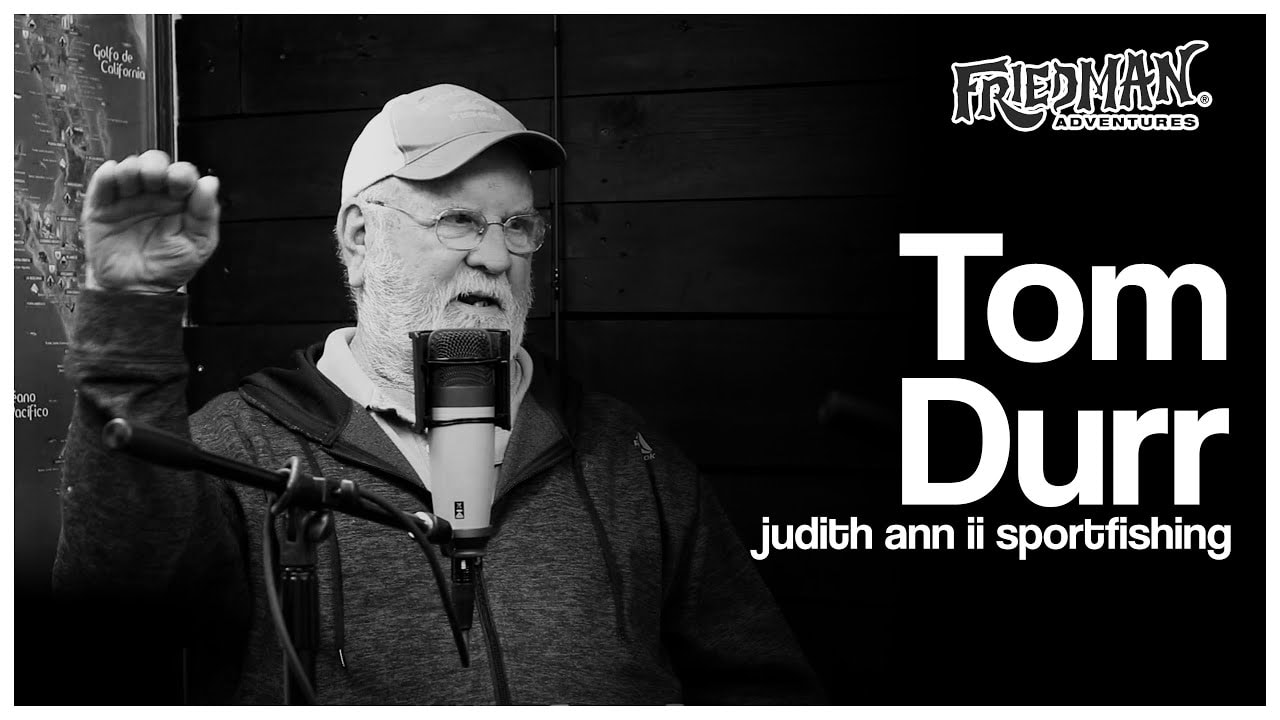 Captain Tom was the special guest for the Phil Friedman Episode #5 Podcast with Friedman Adventures. ​In this episode of Friedman Adventures, Capt. Tom Durr shares how he has seen it all in his 60 years in the business. He talks about some incredible bites, weighs in on the conception disaster, talks about so many of the captains and crews he’s worked with throughout the years like Frank LoPreste. Tom recalls many great bites including one day at the Coronado in Islands when there was a wide open bite on white seabass, yellowtail , and bluefin tuna all at the same time.

* To hear the whole interview hover over Phil Friedman Episode #5 and it will take you to the interview on YouTube.
Powered by